There have been millions of words written about all of the dire consequences of a law that gives most Americans health care coverage.  But I want to concentrate on the good things.  Let’s go over a few:

Preventive care benefits are covered at 100%.  Regardless of your policy – and there have been many complaints about the policies available through the ACA – your well-woman, well-man and well-child services are completely covered.  No copay.  No deductible.

You can keep your kids on your policy through age 26, regardless of whether they are in school, living on their own, or married.

I read one article where a man complained that his ACA premium was over $400 per month while his girlfriend’s premium was completely covered by a government subsidy.  He made over $60,000 a year, while she earned $18,000.

My first thought was, “Why does this guy begrudge the woman he loves affordable health care?”  If he resents subsidizing his girlfriend’s health insurance, he certainly doesn’t want to help total strangers.

And that’s what’s wrong with this country.  It’s completely contrary to the principles under which this nation was founded.

What happened to the common good?

I subsidize my boyfriend’s health insurance.  He’s a retired military officer.  He doesn’t pay a premium for his health coverage.  I also subsidize my mail carrier, the federal prosecutor, the local FBI agent and all of the active duty military members, just to name a few.

Then there are the school teachers, state highways workers, and other government employees.  My tax dollars pay for health care for all of these people.  I used to pay for my member of Congress, but the ACA makes them buy health insurance through the exchange, and none of them qualify for subsidies.

Let’s give a crap about our fellow man, be thankful for what we have, and do something for the common good.  Acceptance.  Love. Tolerance.

If you display the Swastika or any of the flags of the Third Reich in Germany today, you face a prison term of three years. Six million Jews were murdered during the Holocaust under Nazi leadership.  It’s not a history the country wants to remember.

Four million African natives were enslaved in the United States in the 18th and 19th centuries.  The appalling practice of slavery ended with the American Civil War, and a symbol of the South is the Confederate flag.

Let’s not forget that the Confederates were, by today’s definition, terrorists.  They staged an insurrection against the federal government.  Those who want to make the Confederates seem not so terrible say the conflict was about state’s rights.  That technically is true.  But the primary reason was the southern states wanted to maintain the right to enslave other human beings. The other reasons the states wanted to maintain their rights are long forgotten.

Descendants of Confederate military veterans say the flag is a symbol of their heritage.  Do they think we are stupid? Have you seen these people?  They aren’t historians or even genealogy buffs.  They are racists.  If the descendants of the Confederates were truly interested in preserving their history, they wouldn’t have permitted their flag to become a symbol of racism and white supremacy.

As a former journalist, I usually support the right to free expression.  But when it is something that has become so divisive to our nation and society, there should be limits.

It’s time to burn the Confederate flag once and for all. 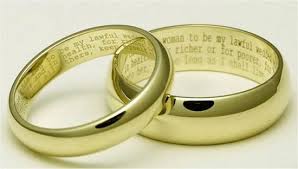 Kudos to the U.S. Supreme Court for getting it right:  people who love one another and want to enter into a marital commitment should be allowed to do so.  I’ve actually been surprised at some who have expressed dismay with this decision.  People who have often presented themselves as loving, tolerant and accepting have shown that they certainly are not.

The government got into the marriage business a long time ago.  I understand the argument that the government shouldn’t be involved.  Perhaps it wouldn’t be necessary if couples could end marriages without needing a judge to make decisions for them.

Marriage is a civil arrangement.  It’s a legal contract.  For the more spiritual, it’s also a way of committing to their faith through a romantic and familial union.  That’s wonderful for those who make that choice.  I wouldn’t try to take that away from those couples.

It troubles me that the most religious are the most opposed to same sex unions.  One would think that those with great faith would be the most tolerant, loving and accepting of others.  Apparently that attitude applies only to those whose views and lifestyles are akin to theirs.

The majority decision said it best:  No union is more profound than marriage, for it embodies the highest ideals of love, fidelity, devotion, sacrifice, and family. In forming a marital union, two people become something greater than once they were. As some of the petitioners in these cases demonstrate, marriage embodies a love that may endure even past death. It would misunderstand these men and women to say they disrespect the idea of marriage. Their plea is that they do respect it, respect it so deeply that they seek to find its fulfillment for themselves. Their hope is not to be condemned to live in loneliness, excluded from one of civilization’s oldest institutions. They ask for equal dignity in the eyes of the law. The Constitution grants them that right.

There are lots of arguments against same-sex marriage.  None make much sense.  Some surround the issue of procreation. Those who think marriage is only about having children are shortchanging themselves.

Proponents of same-sex marriage cross religious, cultural and political boundaries.  I know a conservative Republican who wants his gay son to be able to marry the person he loves, a conservative Jewish man (also a Republican) who is married to a man, and a devout Pentecostal (a former Republican) who has been out of the closet more than decade.  I won’t even go into the Biblical references to same-sex couples.

The bottom line is this:  as someone who has been married twice and who is currently in a long-term relationship but chooses not to be married, I admire those who want to make the commitment to marriage so badly that they fought a decades-long court battle to win the right to marry the one they love.

Let’s be loving, accepting and tolerant of our friends, relatives and neighbors who want their commitment to be recognized as just as important as everyone else’s. 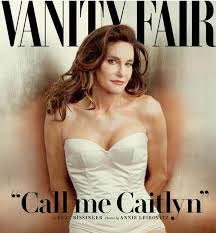 Regardless of what you think about transgender individuals, you have to acknowledge that Caitlyn Jenner is one courageous chick.  She gave up a life as a famous male athlete to become a woman at age 65 and pose for the cover of Vanity Fair.  It takes a real woman to do that.

Yes, Caitlyn is a real woman.  She once was a man who won many awards as an athlete.  Because she is now a woman doesn’t mean that Bruce Jenner was any less of a man.  Any attempts to denigrate his athletic prowess should be stifled.

So many of the stories and comments about Jenner are disturbing.  Most disturbing is what it reveals about society’s views of women.  Hello, it is 2015.  Why is it so appalling that a man would want to be a woman?  No one made such a fuss when Chastity Bono – daughter of Sonny and Cher – became a man.  Is it because being male is superior to being female?  Can we identify with the desire to be a man, but not with the need to be a woman?

Daily Show commentator Jon Stewart nailed it when he said, “Caitlyn, when you were a man, we could talk about your athleticism, your business acumen. But now you’re a woman, which means your looks are really the only thing we care about.”

Sadly, Stewart was dead-on when he said: “Caitlyn Jenner, congratulations. Welcome to being a woman in America.”

I didn’t choose to be born female, but I’m glad I was.  I’ve always supported equality between the sexes and worked hard to overcome stereotypes that hold women back.  This story demonstrates we have a long way to go, but we are lucky to have a high-profile advocate join the team.